She rolled them in and out around her fingers, rubbed them between her palms. Small like stones, but not stones.
Nearby the octopus pressed between the wire wall and the cage floor, oozed onto the first shelf then the second then the third. She set the shark teeth on the counter and lifted the creature.
“Sweet, little thing,” she murmured, cradling it the way most would hold a baby. “Dear, sweet, little thing.”
Once the mollusk calmed, she used one hand to remove the hot cauldron lid then tossed the octopus into the boiling broth. Not everyone could hear its death scream, but she knew the sound was there, echoing over the rocks to the water, enchanting the sea. Next in were the shark teeth, then tiny flakes of barnacled hulls, followed by scrapings of mortar and bricks she’d collected the night before. Finally, she selected a tin canister from the array displayed on the counter, tipped it sideways and rattled dozens of bones from the toes of sailors into the mix. She gave the brew a thorough, final stir, raised her hands into the steam and repeated the ancient incantation in a language that was already old in her great-grandmother’s time.
She didn’t turn to the window to watch the results of the spell. She was confident that behind her the lighthouse slowly disappeared: First the base, then tamper, the stairs and living quarters, and last of all, the warning lantern, all of them gone.
At least, gone for the ship careening toward shoreline. The fishing vessels, dinghies and row boats could all see the beacon just fine. Only the man of war was blind. Only the man of war would rip apart on the rocks.
Before the fog lifted and the lighthouse returned, she hurried along the water’s edge with a sharp knife and sturdy basket.
The villagers would come, determined to save anyone who could be pulled from the wreckage. As they rounded the base of the cliff and came into view of the beach, she would call to them, “Hurry, this one’s alive.”
They’d run faster. They’d cry out, “Thank you. Thank you for helping them.”
They’d never think to question the missing toes.

My older sister was prettier, of course, with her black hair and shiny eyes, but I was the smarter one. I was always more subtle, sneakier, content to relish the small victories rather than indulge in the large, over-blown hoo-has and celebrations she liked. For instance, that house of hers. Which house? You mean you don’t know? You must have heard about it at some point. Gingerbread. In the middle of nowhere out in the woods. Children found it and killed her for it. If I warned her once, I warned her a thousand times. Don’t be so obvious, I’d say. Don’t let on about what you’re up to. Did she listen? No – and look where it got her. She took after our cousins in Scotland; I mean, good grief, they made an entire song out of it:

“Adder’s fork and blind-worm’s sting,
Lizard’s leg and owlet’s wing,
For a charm of powerful trouble,
Like a hell-broth boil and bubble.”

Catchy – but not very secretive, you know what I’m saying. Alexander the Great, that was some of my best work; people have argued for centuries about him and they still aren’t sure. That’s how it’s supposed to be. Quiet. Discreet. Not all hi-ho-hi-ho and poison apples. It’s harder these days, of course, but if you know what you’re doing no forensics in the world will catch you. A dash of tainted salt left in a restaurant; a bit of good mushroom mixed with the bad; a plate of chocolate candy on the counter for co-workers.

In the war between
ice and rain this nascent, white
snowdrop stands valiant.

Beyond the eastern horizon that great star we call Sol,
burns treetops as it rises,
and ignites grass blades with light.
My kitchen’s uncurtained windows refract
the glare, changing from Rembrandt lighting
to straight-ahead tear-inducing brilliance.
Such a strange thing, crying.
Some partake more than others, through pain
love, beauty, loss,
especially loss.
If I run at that horizon and dive off its edge
keeping my back arched gracefully
as east becomes west
I’ll plunge head-first into Terra Australis: Oz.
Where blinding flames and the hopelessness of tears
destroy
even the morning.

Knowing that our time
together closes, your purr
saddens this old heart 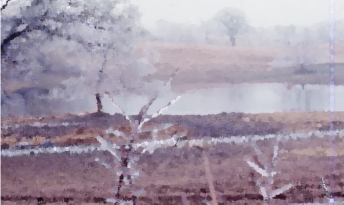 Bringing you all news on The Witcher on Netflix

For Readers & Authors of Historical Romance

a life in motion

A journey through the seasons with two adopted whippets, a poet and a camera

Haiku out of Africa

An Archive of Curious Facts for the Curious

it's this or get a real job

Grandpa's Way
The Grimdragon
I Read Encyclopedias for Fun